According to FNV, Flixbus will close all agreements in Eurolines Netherlands

The European long-distance public transport company Flixbus is closing the doors of the recently acquired competitor Eurolines against the agreements. These are the Amsterdam Duivendrecht, Rotterdam and The Hague offices. The employees of Eurolines Netherlands feel used.

"We have always been told that nothing will change for the time being after the takeover," said FNV executive Hans Goedegebuure. There is now a threat of dismissal for the employees.

In May 2019, it was announced that the French regional public transport company Transdev would sell its international subsidiary Eurolines. Because of disappointing results, but also for strategic reasons, to focus more on the core activity, namely public regional transport. Flixbus would carry out the same work under the name Eurolines.

Flixbus, it seems, has bought Eurolines to get its hands on the bus lines in order to eliminate the competition. 'Flixbus wants to dominate the European market over the backs of employees and drivers. That cannot be done without taking responsibility for the people who carry out the work, 'responds FNV union director Marijn van der Gaag.

'That is already happening en masse, because every risk of the implementation is placed with tour companies who then have to carry out transport at scandalous rates. This eventually ends up on the employees' sign.

Shortly after the announcement of the closure of Eurolines, Flixbus offered a minimum severance payment. Nor does it want to further negotiate a social plan. The employees are very displeased because the employer wants to get rid of its staff as cheaply as possible. "If Flixbus does not come up with a better offer, promotions are not excluded," says Van Der Gaag. It concerns a group of about twenty people, all of whom have long-term employment contracts. 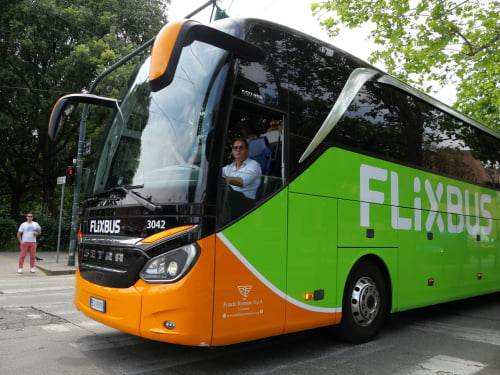