After yet another accident, the bridge in Assenede is really on the way

The existing dangerous intersection of the Stoepestraat with the E34 will disappear. The works will start this year at the intersection with the Expresweg. All expropriations for this project have been completed and the works have been put out to tender. The application for the environmental permit is also in preparation. Anyone who takes the Expresweg from Antwerp to Bruges is still surprised when one suddenly comes across a traffic light on the N49. Numerous accidents were necessary to make this decision, and yet not all dangers have passed after the construction of the bridge in Assenede. Barely a few kilometers further, near Boekhoute, a district of Assenede, one encounters the next traffic lights and a dangerous crossing. The predisposition the turn of two other Asseneed intersections comes much later. Last week, the umpteenth serious accident happened on the express road in which a driver was injured. The Roads and Traffic Agency (AWV) has been converting the N49 into a motorway for decades.

In the spring of 2019, a new bridge was built at Stroomstraat in Oosteeklo. But that does not make the N49 a motorway. Next in line this year is the Stoepestraat in Assenede. The contractor is now known and now all we have to do is wait for a start date. There are also plans for the two other intersections on the territory of Assenede, Nieuwburgstraat and Oosthoek, although it will still be a while.

The Roads and Traffic Agency has been working for some time on the conversion of the N49 / E34 into a motorway to make the regional road safer and smoother. The Stoepestraat project is one of the projects to realize the conversion. The project consists of a new bridge over the E34 at the Stoepestraat in Assenede, a new connecting road between the Stoepestraat and the Kanaalstraat in Zelzate and the widening of the southern parallel road to the N49 (Gavergrachtstraat). To this end, the Roads and VerSDkeer Agency works together with Aquafin and the municipalities of Assenede and Zelzate.

no on and off ramps

The existing dangerous intersection of the Stoepestraat with the E34 will disappear, but there will be no entrances and exits here, so it will no longer be possible to enter or leave the E34 on the Stoepestraat. For a good interchange with the E34, we are building a new connecting road between Stoepestraat and Kanaalstraat (R4) in Zelzate. The parallel road south of the E34 (Gavergrachtstraat) will also be widened. 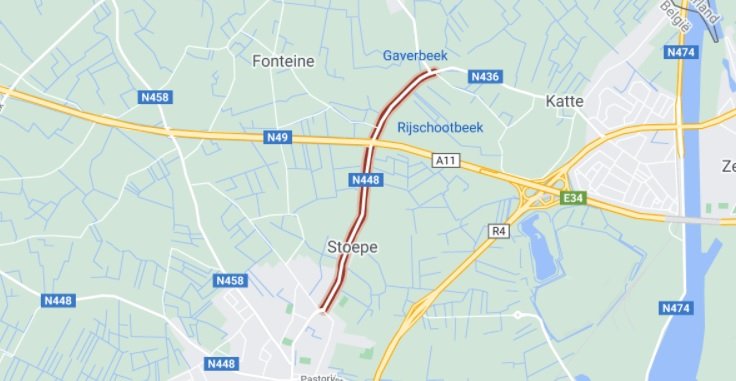 Graspop Metal Meeting is postponed for a second time

Greening of De Lijn in the next phase

The Dutch Railways announced today that they are going to work with the Child Care and Protection Board (RvdK). A cooperation agreement has been signed by NS and ...

Travel companies have been inactive for more than a year, travel entrepreneurs are in danger of going under and many of the 20.000 ANVR travel professionals have already lost their jobs ...

Entrepreneurs in freight and bus transport need a Euro permit to be able to carry out their work. One of the conditions of this is that the carrier ...

More than a year after the Italian IC doctor Annalisa Malara discovered the first corona infection in the hospital of Codogno, Italy has announced the travel ban with a month ...

Zoover has refunded all outstanding vouchers

Review and booking site Zoover is the first Dutch travel organization to refund all outstanding vouchers to its customers. The vouchers were issued last year to holidaymakers from ...