The Amsterdam court decided today that Uber must hire its drivers. This ruling came as a result of a legal action that the FNV trade union had instituted earlier. Uber wanted the drivers to remain self-employed while FNV spoke of bogus self-employment. The FNV stated that Uber is a Taxi employer and demands that Uber applies the taxi CLA to its drivers and also pays them afterwards in accordance with this CLA.

Uber argued that it is (just) a technology platform that works with independent taxi drivers. FNV has gathered many pieces of evidence in preparation for the case, talked to hundreds of drivers and submitted their statements. The FNV trade union has been fighting for some time about the status of self-employed workers in the taxi sector. According to the union, employees in other sectors are also deployed as freelancers in order to save on labor costs.

"This ruling shows what we have been saying for years: Uber is an employer and the drivers are employees, so Uber must comply with the collective labor agreement for Taxi Transport. It is also a signal to The Hague that these types of constructions are illegal and that the law is therefore enforced. should be.”

The judge's ruling in the case brought by FNV against taxi company Uber is a major victory for drivers' rights. That is what the union says in a first reaction, after the judge ruled in the union's favor this morning. Due to the judge's ruling, the Uber drivers are now automatically employed by Uber and the taxi company must pay and treat the drivers in accordance with the collective labor agreement Taxi transport. As a result, they receive more wages and more rights in the event of dismissal or illness, for example. 'All things that shouldn't be more than normal in a country like ours. It is outrageous that the cabinet is not taking up enforcement against these kinds of practices," said Boufangacha.

According to FNV, this statement fits in with the increasing resistance in society against bogus self-employment and the exploitation that comes with it. FNV is tackling several platforms that benefit from these constructions and recently won an appeal against Deliveroo. There is also increasing political opposition to the excesses of flexible working. Last year, the Borstlap committee already spoke out against this and in June the SER advised that workers with an hourly rate below 30 to 35 euros should automatically be regarded as employees and not as self-employed persons.

In the Netherlands, an estimated 4000 drivers drive for Uber. FNV leader Boufangacha indicates that it is scandalous that the cabinet has not intervened earlier and tackled the Uber practices. On the contrary: most politicians argue for innovation such as booking via the Uber app, rather than realizing the misery that often hides in the sector behind the self-employed people who work for Uber. Earlier, the judge in the United Kingdom ruled that the 70.000 drivers there are entitled to minimum wage, holiday pay and rest breaks. With this statement, the taxi sector in the major cities in particular is on edge.

Uber will appeal against a court ruling that Uber drivers are not self-employed but employees. According to the magazine Passenger Transport Magazine Maurits Schönfeld, General Manager Northern Europe of Uber, who said he was “extremely disappointed with the ruling” after the ruling in the lawsuit between the FNV and Uber, did not have to think twice about announcing the appeal. That comes – as expected – after the platform company suffered a major defeat in court after several cases abroad, also in the Netherlands when it comes to the correct grading of Uber drivers.

"Real self-employed workers can determine their own rate and determine how they perform their work. This is not the case with drivers who drive for Uber. Uber determines the hourly rate, who can or cannot access the app, who takes which ride. gets and how the rides are performed." 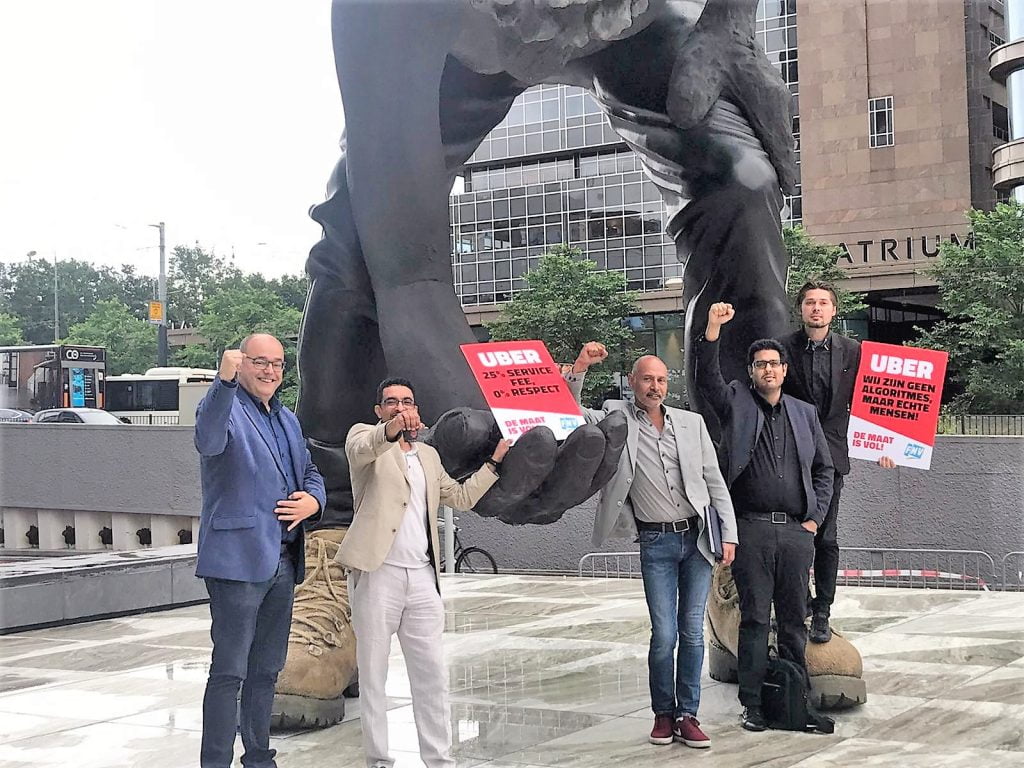 Again Uber drivers drove in a long demonstrative procession to the cabinet of Brussels Prime Minister Rudi Vervoort. The latter had threatened on Friday that Uber drivers with Flemish or…