In a response to Quinten Adema's 'smart' app, Saskia Kluit, chairman of Rover and the Member of the Senate for Groenlinks, tweeted, 'these kind of fast guys destroy everything that makes (e-)bikes a social success: a healthy and safe way of moving through the city (also for others).The speed function has made Moofer, as the app has been given the name, a hit. The app is high in the Dutch charts of the Apple App Store and the Google Play Store.

We cycle a lot in the Netherlands and often and E-bikes are impossible to drag. The electric bicycles of the Dutch VanMoof are among the most popular models. But the law in the European Union does not allow them to go faster than 25 km/h, so the fast mode was removed last year. In a contribution by RTL Nieuws, it is shown that 18-year-old Quinten Adema has brought back the function with his app moofer. A kind of digital booster set for VanMoof bicycles that allows the maximum speed to reach 32 km/h or even 37 km/h at the push of a button. 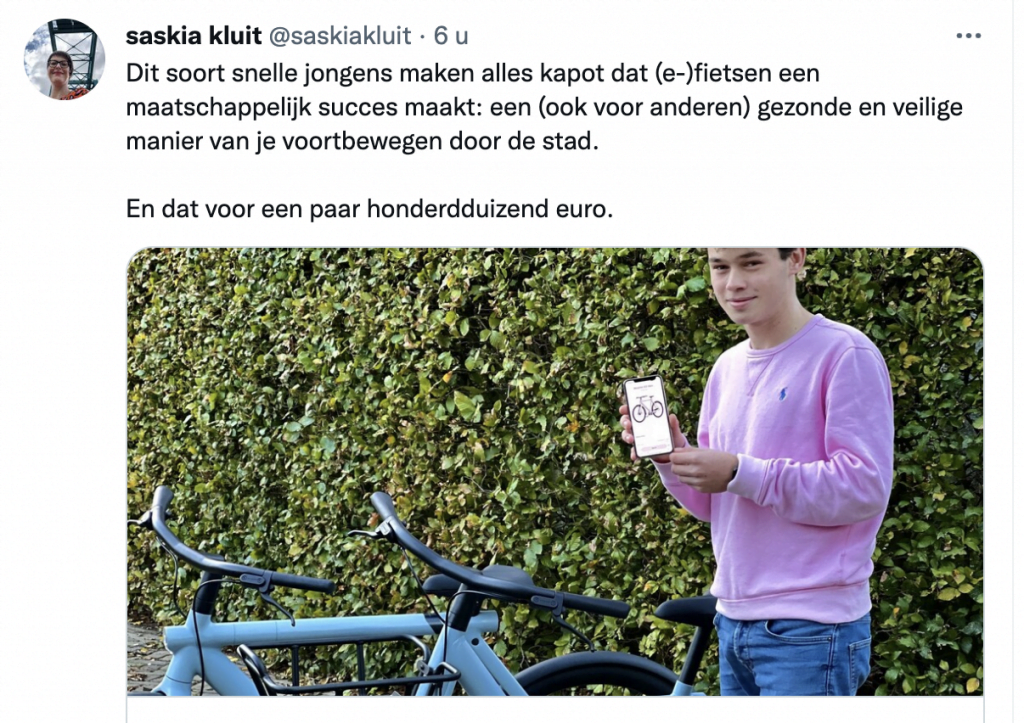 The question is whether this 'illegal' way of cycling will not lead to insurance problems when causing an accident. After all, VanMoof is not allowed to offer access to the higher speed in the EU, but consumers are in principle free and liable to upgrade their electric bicycle. Whether the police think the same when checking is open to question. Revised scooters are often confiscated or lead to the obligation to have the scooter readjusted and re-inspected.

In RTL News contribution we come to know that Adema himself has never been apprehended for excessive speed. “I don't think it's really enforced yet. If the government did, you're just punishing people who take the bike instead of the car. While you should actually encourage e-bikes instead of cars.” In any case, the Adema did not do any harm. He was recently awarded the 'remarkable' title of employee of the month at the Adema Group.

A wake-up call for us as spoiled consumers, that's what the media calls the situation at PostNL. Employees who have to deliver up to five hundred parcels a day and…

Check the crowds on the roads around Arnhem

It is very busy on the roads around Arnhem, unfortunately being in traffic jams is a daily occurrence here. For that reason, by business,...

The Dutch simply complete their journey in South Africa