About 200 VVB drivers protested loudly on Thursday in the center of Brussels for a new taxi decree. According to the magazine Passenger Transport Magazine the drivers, who work for platforms such as Uber and Heetch, among others, complain that the regional government still does not have a new taxi decree after seven years and that their work situation has therefore been uncertain for years.

The activists, who drove via the Kleine Ring to the cabinet of Brussels Prime Minister Vervoort (PS) on the Regentlaan (the busiest part of the Brussels Small Ring) to reinforce their protest, after half an hour of consultation – which, according to the activists, yielded nothing – for the cabinet under the motto 'we are here and we will stay here'. The demonstration was ended by the police at 14.00 p.m. Initially, the procession was supposed to drive on to the Palace of Justice, but that was abandoned. A considerably larger number of demonstrators was expected, which meant that traffic disruption was not too bad. From 08.30:11.30 a.m. to XNUMX:XNUMX a.m., Uber and Heetch supported the action by pausing their own app. No rides could be ordered.

“They refused to show us the ordinance (the preliminary draft of the new plan – ed.),” said Fernando Redondo of the Association Belge des Chauffeurs Limousines (ABCL), the organizer of the demonstration. “Before we can see it, it must first be approved by the ministers. We will sit down tomorrow and personally address all ministers before they vote on it.”

The cabinet of Prime Minister Vervoort indicated that during the short conversation only the broad outlines of the preliminary draft ordinance for the taxi reform had been set out, but emphatically "subject to the discussions that will still take place in the government". When the draft ordinance has been approved at first reading, it is submitted to the other parties. The limousine drivers clearly feel that they are not being heard and announced spontaneous actions to stop traffic. The Brussels police also noticed that there was a lot of anger among the drivers. With difficulty the police were able to avoid impulsive blockades.

It is also not the first protest from the Uber and Heetch drivers. They also demonstrated in the center of Brussels in March and May 2020. Prime Minister Vervoort then promised to work quickly on a new taxi decree. Earlier this year, he gave as a deadline "before the summer". Just before this demonstration, the taxi plan was suddenly there. The main features are the same status for taxi and platform drivers, the platforms are regulated, there will be a restriction on the number of platform drivers and minimum rates will be introduced. It is unlikely that the new law will be in place this year. 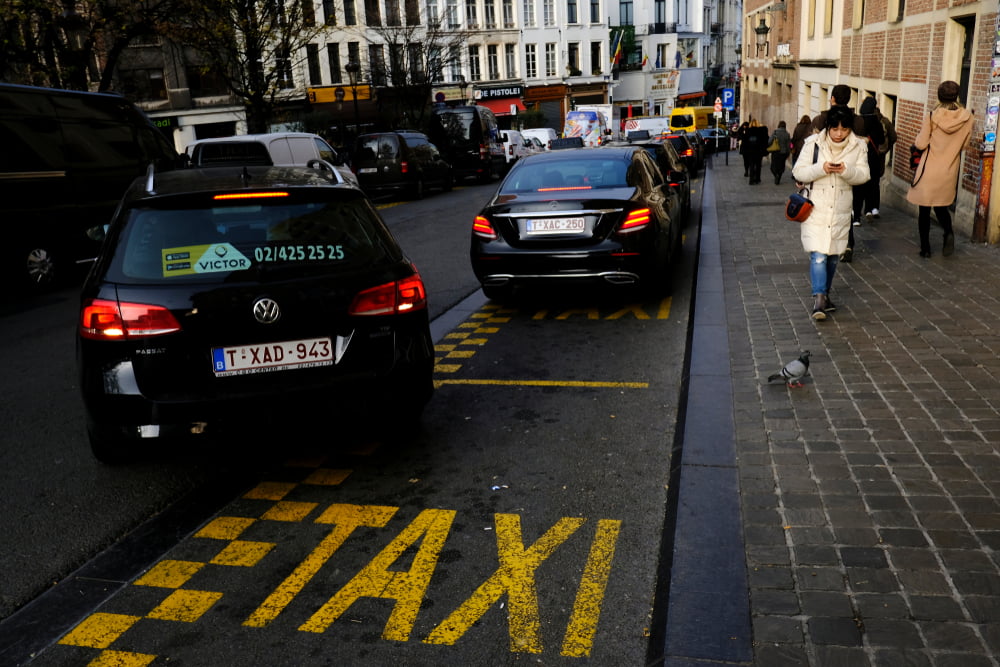