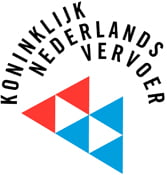 KNV emphasized that collective transport should have an exceptional position.

Last Monday, Royal Dutch Transport got acquainted with State Secretary Heijnen of I&W. KNV chairman Bertho Eckhardt and KNV director Carlo Cahn took the opportunity to introduce healthcare and taxi transport and private bus transport to the State Secretary. They also informed her about the role that KNV plays in public transport and in the development of Mobility as a Service.

During the conversation, current affairs in the branches were discussed, such as the much-discussed driver shortages and overarching themes such as making the sectors more sustainable and 'Paying according to Use'. With regard to driver shortages, Eckhardt insisted on a broader learn-work trajectory. In making the sectors more sustainable KNV insisted harmonization of the rules, especially with regard to the future Zero Emission Zones.

It was emphasized that the affiliated entrepreneurs work in several cities at the same time. An unambiguous policy ensures that entrepreneurs can better take the step towards zero emissions instead of having to work with a patchwork of rules. In addition, in practice, the municipality that wants to do it the fastest now takes care of the national policy, while municipalities do not always set realistic requirements.

With regard to payment according to Use, better known as road pricing, KNV emphasized that collective transport should have an exceptional position, regardless of which system is chosen. Because one of the goals of road pricing is to prevent congestion, forms of transport that reduce congestion should be encouraged rather than hindered.

Amsterdam plans to let go of the Taxi Regulation/TTO structure to end abuses. KNV informed the State Secretary that in the eyes of KNV this is a disastrous plan. KNV also spoke about the new BCT. The main message here was that KNV advocates a variant in which the entrepreneur must supply data (online and real-time), without requiring a specific device or app.

Finally, KNV made it clear that the potential of private bus transport is not being fully exploited because there is too little knowledge of the sector in national and local policy. The sector is perfecting the entire mobility system by absorbing incidental transport issues and responding during peak times.

However, there is no stimulating policy, just as little as there is policy-related attention in, for example, the climate policy for international bus connections. This while no additional infrastructure is needed for bus connections and bus transport will eventually be zero-emissions. In addition, employee transport by bus can be better stimulated in work-related mobility. This prevents car use, which saves congestion and emissions.

Vivianne Heijnen (1982) has been State Secretary for Infrastructure and Water Management (including the environment and public transport) in the Rutte IV cabinet since 10 January 2022. She has been an alderman in Maastricht since 2018 and was previously a councilor for the CDA for eight years. In 2009-2018 she was head of the Brussels Campus of Maastricht University.